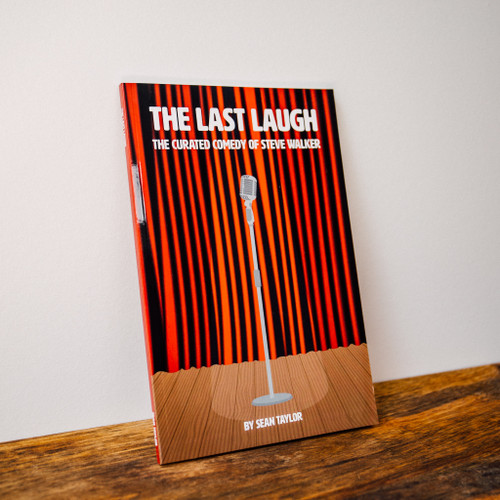 Steve Walker was a professional comedy magician and MC and a giant of Australian magic. He was born in Yorkshire but lived most of his adult life in Sydney. After Steve’s death, a group of Sydney magicians helped to sell his estate. On the last day in the garage we discovered a small notebook which contained over 700 jokes, gags, one liners and wise cracks he had painstakingly transposed from TV and radio. Steve had started writing in this book as a young boy in 1952 and continued until the early 60s. The last page has a joke about the Rolling Stones! What this curious little notebook has given us, is a valuable and historic glimpse into variety in the UK at the end of the music hall era.

Steve’s friend and colleague Sean Taylor has not only deciphered the jokes from a young Steve's handwriting, but has added his own impressions of Steve, some funny stories and even a complete transcript of his 45 minute magic act as known. The most remarkable fact is that the vast majority of these jokes and one-liners still remain remarkably fresh and familiar seventy years on.

Whether you are a magician, comedian, variety act or MC, a Steve Walker fan or you just want to spice up a speech or presentation, this might just be the book for you.